Amazfit GTR Vs Stratos 2, which is the best?

Sport is not an unknown terrain for technology since, through smartwatches or “smart watches”, they have provided users around the world with a luxury informant on everything they are doing and what they have already done after finishing to train.

The growing practice of sports disciplines, such as running , has been a magnet that has attracted technology companies to create a new line of business that is growing today. Giving rise, in this way, to several ranges of these products. For this specific text we are going to face two Xiaomi models, the Amazfit GTR Vs Stratos 2.

Regardless of the end result, the priority when making a purchase decision must be based on the IT properties of the product. Because these products have as their main utility to offer endless information and hardly show any aesthetic differences between them.

Without further ado, here is the comparison between two of the most popular models of the Chinese brand. So that you know what virtues you can take advantage of one and the other, do not miss this new Shoptize article.

How does the GTR beat the Stratos 2?

The fact that it was launched more recently partly conditions this aspect. And it is that the Amazfit GTR has a newer version of Bluetooth (5.0) than its opponent Stratos 2 (4.0). This translates into faster file transfers, greater reach, more geolocation information, and energy efficiency. First point in favor of the GTR.

On the other hand, its battery is more powerful as indicated by its higher number of milliamps (410 by 290). This gives it a greater capacity to store electricity and duration.

When it comes to visibility, the Amazfit GTR also prevails over its brand partner. It has a greater number of pixels. 454 x 454 Vs 320 x 300. This is synonymous with better visual quality when offering information.

The screen is another aspect in which it is imposed, thanks to its slightly greater number of inches, since it has 1.39 compared to 1.34 of the Stratos 2. An important point to take into account.

The third point also falls on the side of the Amazfit GTR, since its AMOLED screen consumes less energy than the LCD of the second. A detail that the user appreciates and that tips the balance in favor of the GTR, in the Stratos 2 Vs Amazfit GTR duel.

In which aspects is the Stratos 2 Vs Amazfit GTR better?

The Stratos 2 has a lot to say in this section as it offers the user a total of 4 GB of memory to store music, allowing you to listen to your favorite track list while you train. However, the GTR relies on the smartphone to provide the user with the best music during their training session.

In addition, it offers the user the possibility of connecting at any point that has a wireless Internet connection (Wifi). A feature that the GTR lacks.

Keep cutting distances in this duel, ed Amazfit GTR Vs Stratos 2, the second mentioned thanks to the route tracker that it does include and not its rival. A feature that allows you to save the itinerary of a route taken previously and repeat it in the future if the user does not know where to take a certain route.

On the other hand, it allows the user to enter their weight to be able to track their progression in this regard. The latter is a lack in the Amazfit GTR.

Due to the greater autonomy and quality of information related to each activity, the Amazfit GTR is slightly imposed in this duel of Amazfit GTR Vs Stratos 2. However, for those users who prefer to train outdoors, the Stratos 2 may be more convenient thanks to its extraordinary storage and Wifi connectivity.

Each consumer is different and there is room for preferences for all tastes. The important thing is that this post has served to provide a more exhaustive knowledge about both and to clarify any doubts that may have arisen with a view to a future purchase. 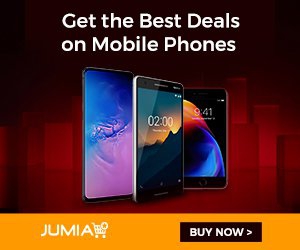