The two Asian tech giants compete to convince the world that they are the best option in technology, especially through their smartphones. Both traditionally fought to become the largest manufacturer of the Android software system in Spain, until Google made a decision that fully affected Huawei smartphones worldwide. Although Samsung mobiles continue with their regular relationships with Android, the same is not the case with Huawei devices.

Despite this, Huawei continues to compete with Samsung at the top. Offering new proposals that attract as much attention as the proposals of its rival. In this Shoptize post we are going to compare the advantages and disadvantages of its main mobile phone models, as well as other information to take into account related to technology companies. Our goal is that when in doubt about which is better, Samsung or Huawei, you have a clear vision of which brand best meets your needs.

In what ways does Samsung beat Huawei?

Android is a mobile operating system developed by Google, and that company decided to stop providing its services to the Chinese manufacturer. An unprecedented decision that left millions of users in limbo at the time. The main reason was a political and trade war between the United States and China, which had the owners of the Chinese devices as victims. Regarding Samsung, this remains unchanged and Android continues to be the operating system of its devices.

Users who have a Huawei mobile continue to have access to all the brand's apps, such as: Google Maps, Gmail, Drive, You Tube, among others. In addition to that they will be able to continue using Google Play, the Android app market. The kit of the matter is that current users who own a Huawei will not receive updates to the Android operating system. This translates into less security on the part of the mobile.

In other words, Google will stop giving official support to Huawei for updating and troubleshooting. This means that the performance of the phone will worsen in a matter of slow loading of apps, it will mean a higher battery consumption and a software more vulnerable to hackers. A great fact to take into account and that can play in favor of the Korean brand in our Samsung Vs Huawei duel.

In any case, Huawei has already given an answer to its users and to the people who had in mind to acquire a copy of the brand. One of these responses is the new operating system itself Chinese flag HasmonyOS.

It is true that Samsung, by continuing with Android, offers an operating system known to all and that does not present difficulties. Therefore, if you do not want to leave your comfort zone, Samsung will be the best option.

In a world dominated by selfies, landscape photos or videos, we need ample storage to store it for a long time, without paying for a cloud service. Samsung provides options with variables more elevated, example is the Galaxy S10 +. There are three versions for sale of this model: 128GB, 512GB and 1024GB. On the other hand, Huawei's flagship model (P30 Pro) stays at 128GB. Going through 256GB and ending with 512GB.

Regarding RAM, the same thing happens: 8 and 12 GB in the case of the South Korean brand and 6 and 8GB in the Chinese brand. An SD memory card can be added to both devices, in the case of the P30 Pro this can reach up to 256GB and in the Samsung device it reaches 512GB.

In conclusion, although it is true that most copies in both marks are between 6-8 GB of RAM, Samsung has models that reach up to the 12 GB of RAM.

If you usually have a large number of files and you are in doubt what better to buy, a Samsung smartphone or a Huawei, it would be better that you opt for the South Korean brand.

In what ways is Huawei better than Samsung?

The Chinese company dedicates a lot of effort to the investigation of the photographic section. The latter could be clearly seen in models like the P30 Pro. This has c uatro cameras to photograph rear of 40 megapixels. The main one was rated, at the time, as the second best camera on the market today.

The latest models of the Chinese titan continue to offer quad cameras and capacities reaching 50 MP. An example of the latter is the Huawei P40 Pro. Its camera is accompanied by the Ultra Vision sensor, which will give your photographs the professionalism they deserve.

Among the other features that make the camera the P40 Pro in one of the most desirable options can mention the zoom of 50x, which highlights unusual and avant - garde character of Huawei. Besides its c AMARA film, ultra wide, of 40 MP and telephoto to 12 MP. As if that weren't enough, the device also offers 3D depth detection. The round of cameras, Samsung Vs Huawei, is in the hands of the Chinese brand.

Huawei wins the battery round, thanks to its "nuclear" battery

In this regard, the answer to the question of whether to choose Samsung or Huawei would be to opt for the Chinese company. Huawei has been surprising its followers in this aspect since the launch of the P30 Pro, the latter came on the market with a battery capable of lasting up to a couple of days without running out with average use. Even reaching up to three or four days if the use is more moderate. In addition, in 30 minutes you can charge up to 70% with the copy of the Chinese brand.

Another important point where Huawei wins again by a landslide is in fast charging. The P30 Pro, mentioned above, is available with a 40W charger. The latter leaves far behind what is offered by equivalent models of the rival company, the Galaxy S10 had 18W.

The last Huawei model to stand out for its great autonomy was the Huawei P40 Lite. Without being a high-end mobile, like the P30 Pro mentioned above, it manages to offer the same level of efficiency (thanks to its 4200 mAh and its 40W fast charge). That's right, Huawei offers mid-range mobiles that reach 42 hours of autonomy and more than 7 hours of screen. The latter using video games or factors that involve high consumption.

Huawei is not only at the forefront when it comes to batteries, but also makes available the high-end level in budget models.

The truth is that although Huawei's options are cheaper than Samsung's, the differences are not great. However, in this regard, keep in mind that Samsung offers up to 300 euros of discount on the S10 +, delivering your old Samsung S8 + terminal through its Samsung Renove service. The brand also has Samsung Care + to protect your mobile for two years. Huawei does not provide the user with these additional services. If you have the S8 + the latter can tip the balance in favor of the South Korean brand.

In short, depending on the utilities you make with your smartphone, it would be good for you to have one or the other. In aspects such as photography, thanks to its zoom settings and high-quality photos in low light, Huawei will not disappoint you. The same applies if you are a user who is constantly on the move and needs a device with autonomy. Copies of Huawei put up to several days active, according to daily use.

On the other hand, if you prioritize storage capacity, Samsung may be a good option. Anyway, remember that with MicroSD cards, the issue of storage is no longer such a priority. For its best relation between quality and price in Shoptize we give the victory to Huawei.

To close, something that we must recognize from both brands is the care and attention they dedicate to their designs. When you buy a smartphone from Huawei or Samung, you buy a product worked down to the smallest detail and that denotes an enviable elegance. Finally, in favor of Samsung we can mention that as it has been in Spain for longer, its customer service is more consolidated.

So far the famous duel has come. We hope we have clarified as many uncertainties as possible and remember that all the models mentioned can be found in Shoptize at a dream price. 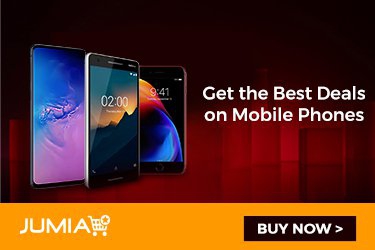