Benefits and properties of beer 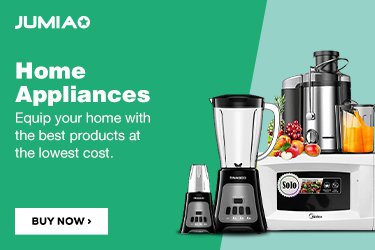 Beer is a very popular traditional drink with a lot of history. It is made with barley (mainly) through the fermentation of its starch in water and with yeast. It is one of the most consumed beverages in the world, behind water and tea. There are several types of beer and their alcohol content varies between 4% and 6%. The properties of beer are multiple and provide great health benefits, provided it is consumed in moderation.

A can of beer contains 153 calories and 13 grams of carbohydrates. On the other hand, that same portion contains 1.6 grams of protein . In addition, traditional beer has other vitamins and minerals necessary for health.

In lower doses, beer contains potassium, iron, zinc, thiamine and calcium. The presence of vitamins and minerals in beer is due to the fact that it is made with barley and yeast; These properties make it the most nutritious, inside drink alcoholic beverages, provided it is not abused her.

Little is said about its antioxidant properties. In barley and hops you can find flavonoids, polyphenols and phenolic acids that help considerably to reduce the oxidation of the cells of the body.

Good for the heart

Consuming beer regularly, but in moderation, can help prevent heart disease, as well as heart attacks. But how much beer do you have to drink to enjoy these benefits? The recommended intake is 1 beer for women and 2 for men. Why does beer help reduce cardiovascular diseases? It's all thanks to polyphenols; up to 92 mg of these powerful antioxidants can be found in 330 ml of beer. Another factor that results from the properties of beer is the reduction of bad cholesterol, which we will explain below.

Insulin resistance occurs when the pancreas produces insulin, but it does not recognize it, so blood sugar rises. In response, the pancreas continues to produce insulin; If left unchecked, the body becomes ill with diabetes.

According to numerous studies, regular consumption of beer reduces the possibility of kidney stones by up to 40%. This is because beers with large doses of hops are enriched with phytochemicals that improve the kidney health of the body.

On the other hand, the high levels of potassium in this drink serve to eliminate toxins from the body.

When talking about the properties of beer we must also mention the silicon that it presents in high doses. Silicon is a mineral that in its soluble form actively participates in the growth, development and strengthening of bones, as well as connective tissue. Thanks to this mineral (the second most abundant element on the planet after oxygen), the risk of suffering from osteoporosis is reduced, a disease that considerably weakens the bones.

Stress is becoming more and more common in today's society and, according to various research, the daily consumption of 2 glasses of beer could considerably reduce stress and anxiety. But, for this drink to have these effects, it is best to follow the moderate daily dose and let the body rest for a couple of days between intake and intake.

Among the benefits of beer, we find that regular and moderate consumption of it can improve cognitive function, particularly in middle-aged people.

Cognitive function is closely linked to people's ability to learn and retain information; but also to concentrate and pay attention, to be able to communicate with fluent language and to be understood and, of course, to be able to perform mathematical operations.

On the other hand, beer would be a great ally to reduce the risk of suffering from diseases such as dementia and Alzheimer's. And is that the hops in this drink contains xanthohumol, a substance that considerably improves cognitive ability. Xanthohumol is a type of flavonoid that significantly slows down memory loss and protects the brain from oxidative damage caused by dementia.

Beer also has multiple benefits for women who are in menopause and climacteric (transition period before menopause). The properties of beer, related to the amounts of antioxidants and vitamins, would favorably alter estrogen levels during menopause.

During this stage, the levels of this hormone decrease considerably, but the action of the polyphenols in beer, which reduce oxidation and aging (caused by free radicals), would act in a very similar way to estrogen. Vitamins, minerals and the amounts of soluble fiber present in beer also contribute to this action.

But why is it good to drink beer during menopause? In addition to its relationship with estrogen, menopause is a stage in which women are more prone to developing diseases such as diabetes, arteriosclerosis and brain pathologies (due to oxidative damage).

As already discussed, drinking beer in moderate amounts could have great benefits for blood sugar levels, strengthening bones, and reducing memory loss. Remember that at Shoptize we have a wide variety of alcoholic beverages at the best price and that you can select the amount you are willing to spend so that we can show you the beer offers that best suit your pocket. 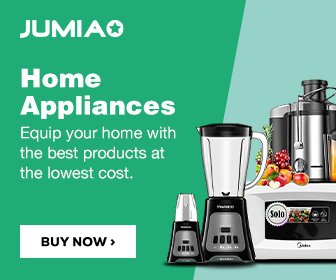