Amazfit Bip Lite Vs normal version, which one is better?

Nowadays measuring everything we do, even running, helps us to know a lot of things and to improve our skills in everything we do. Running is not an unknown terrain for technology since, through smartwatches, they have provided runners around the world with a companion who informs them of what they are doing and what they have done at the end of their training routine.

The growing practice of running has pushed technology companies to open a new line of business that is currently on the rise to the point that there are already several ranges of these products. For this text we are going to analyze the Xiaomi Amazfit Bip Lite and the normal Amazfit Bip models.

In any case, what the user has to emphasize is the computer properties of the product since these “smart watches” hardly show any aesthetic differences between them. The hardware and its components will dictate judgment on the suitability of the product for the buyer.

Without further ado, here is a comparison between two of the most popular models of the Chinese technology brand so that you know what benefits one and the other bring to the user.

How does the Amazfit Bip Lite beat the normal version?

Better on battery and Bluetooth

The battery of the Lite version is slightly more powerful than the conventional one since its milliamperes per hour usually reach 200, while the other one approaches that barrier (190) but does not reach it. A parameter that gives the runner some peace of mind in the course of his routine by not having to be so aware of whether he has to recharge the device mid-way.

The Bluetooth connection is another aspect in which Amazfit Bip Lite Vs the normal version surpasses in the fight, since its version is slightly more modern (4.1 versus 4.0) which facilitates connections without other intermediary devices.

In everything we do in life we must set goals that guide us and guide us correctly to where we want to be tomorrow. To do this, the Lite category allows you to adjust them to the way and capabilities of the user.

With summer just around the corner, the runner may want to take a refreshing bath after an intense running session, which will thank the 30 meters of depth to which the watch can be submerged.

Silent and caring in equal measure

Its silent alarm provides a comfort that is not available to its older brother when he receives a call or a message, although it also has vibration alerts that the user appreciates.

In what ways is the normal version better?

More detailed compilation of physical activity in the normal

The Bit version gives a more exhaustive report of the training and/or activity that the user has carried out, including details such as the number of steps, the distance traveled and the height of the slopes / elevations that have been covered, among others. However, the Lite is closer to the distance traveled without going into so much other details.

As long as the watch is worn on the wrist, it is appreciated that it is light, and this is another aspect in which the normal version surpasses the Lite by a gram of difference (31 grams for the 32 of the Lite).

Wireless connection and compatibility with Myfitness in the normal

Unlike its little brother, the Amazfit Bip has a wireless connection, which greatly facilitates recharging its battery although, as explained a few lines above in this text, its battery is not as powerful.

For those who have proposed to arrive with less weight to the summer season, it is important that they know that the normal version is compatible with the Myfitnesspal APP, very useful for losing weight, a feature that the Bip Lite model lacks.

Its dual-mode GPS + Glonass positioning allows the user to locate where their phone is in case they lose it, while, for its part, the Lite has to resign itself to depending on the GPS fitted to the vehicle.

Due to the large amount of information that the Amazfit Bip provides to the user after an activity, together with its lightness and easy recharging, this is the model that we give as the winner after an exhaustive analysis between Bip Lite Vs normal.

At the end of the day, these watches must have as their main purpose to give as much information as possible to the user so that they know exactly what their capabilities are and know their progression without taking away an iota of comfort. 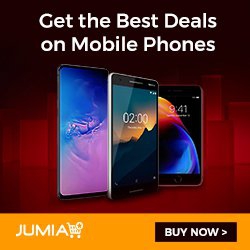